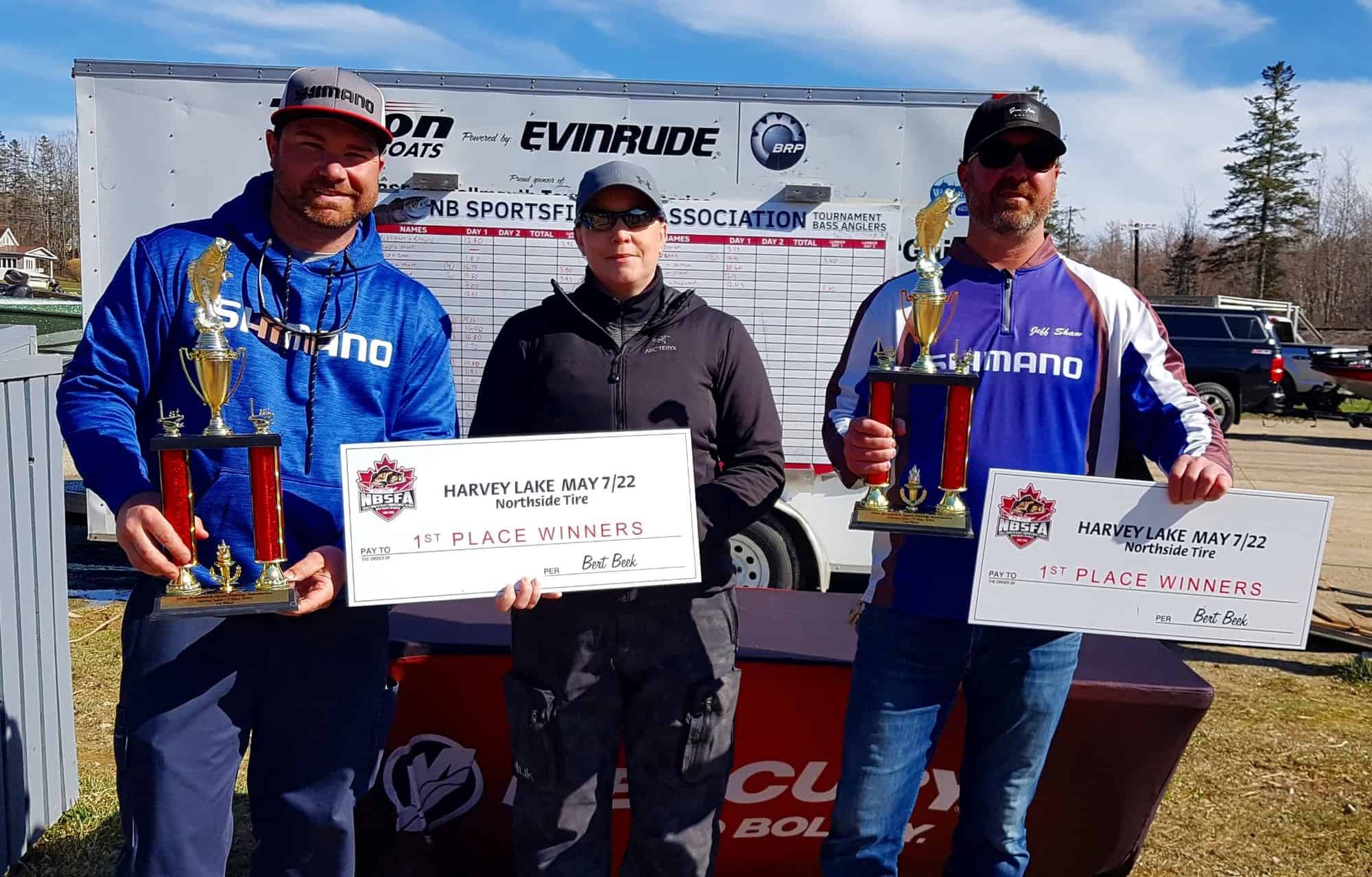 The 2022 NBSFA season got off to a sunny start at Harvey Lake on Saturday. This time round, the anglers were greeted by calm winds, sharp temps and a lake that looked like a sheet of glass. 25+ teams unloaded their boats and renewed friendships after the winter off season. When the horn sounded, the teams dropped the hammer on the first event of the 2022 season in hopes of chasing down the title. For some, the day was filled with frustration in finding their 5 but for the front runners they came early and often.

Once the final fish hit the tank, it was the team of Shaw and Cormier atop the leaderboard with a monster sack of 19.10lbs including a 4.40lbs monster which sealed the lunker of the day. They were followed by Walton and Bradbury with 18.15. Arsenault and Alward completed the top three bringing 16.80 to the scales.

The teams now have 2 weeks to work out the kinks before they set their sights on Nackawic for the first 2-Day event of the season.